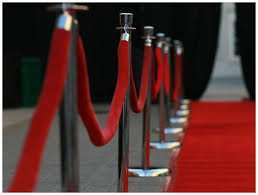 Anyone who knows me knows that I am an avid football fan, particularly, of the National Football League and of the New Orleans Saints (Who Dat!). My favorite player is Saints quarterback Drew Brees.

After every Saints win (and loss too – I’m fair), I usually repost on my social media pages a video of the victory provided by the NFL. The video always shows the best plays made during the game and never the mistakes committed.

It’s a microcosm of how we have all become in regards to social media. Much like the NFL does on a weekly basis; we tend to do every day, always showing the highlight reels and never reality.

My daughter is still too young to have a social media account. However, when she is of age, I’m hesitant to let her have one. Whenever she views social media with me, she always sees her friends’ highlight reels and of those in the media, polished with a lot of “special-effects” and spruced up dialogue. I’m my daughter’s role model and sometimes I’m tempted not to let her see my scars, that is to say to my doubts, fears and past mistakes to maintain in aura of perfection before her.

As a parent to an only child and a “tweenager”, I’m traveling through undiscovered country. Parenting is challenging enough. Parenting as a single again, however, becomes even more daunting and sometimes downright scary. I not only have to deal with the roller coaster of emotions my daughter may experience from time to time but I also have to manage my own.

Men have been taught any show of emotion is a sign of weakness and to maintain our “masculinity” we should never become vulnerable. I recently read an article online where men were asked the reason they choose not to be open with their feelings. The responses ranged from: “Men cry on the inside like winners!, “Most of us don’t care about emotions at least that’s the case where I live, “I just don’t like opening up to people, mostly because I know somewhere down the line I feel like they’re going to get ‘sick’ of me” to the pointedly “Because no one gives a *#@ how a man feels”.

In another article, the Centers for Disease Control and Prevention data on suicide, men are 77 percent of the 45,000 people who kill themselves every year in the United States. The article states in another study among men, “To even recognize pain—physical or emotional—is to risk being told by your male friends or family that you’re not a ‘real man’”.

As the majority of men erroneously believe suppression equals strength, Jesus, our example shows the exact opposite. He is the pinnacle of strength and perfection and yet ministered far more by showing His scars then by any display of power He showed during His earthly ministry. Thomas, a disciple of Christ who was in His company for three years, should have anticipated His resurrection as He foretold of it repeatedly.

After receiving the news, Thomas said, “I won’t believe it unless I see the nail wounds in His hands, put my fingers into them, and place my hand into the wound in His side.”” ‭‭John‬ ‭20:25‬ Therefore, it’s possible a person can be around the word of God daily, pray and attend church regularly and still not believe.

Sometimes a person’s breakthrough or as I say “faiththrough” comes only when, as my spiritual father always says, they see “Bible with skin” meaning a person. Many won’t believe until they see as the apostle Paul would say a “living epistle”.

The apostle Paul had a past history, mired in arrogance, anger and violence, which led him to wanting to kill Christians. I believe he would’ve loved to have forgotten his previous life. Yet, he bears his “scars” to his spiritual son, Timothy, when he writes, “This is a trustworthy saying, and everyone should accept it: “Christ Jesus came into the world to save sinners”—and I am the worst of them all. But God had mercy on me so that Christ Jesus could use me as a prime example of His great patience with even the worst sinners. Then others will realize that they, too, can believe in him and receive eternal life. All honor and glory to God forever and ever! He is the eternal King, the unseen one who never dies; he alone is God. Amen.” ‭‭1 Timothy‬ ‭1:15-17‬ ‭NLT‬‬

As a movie buff, I have a greater appreciation for a film when I see a behind the scenes documentary chronicling all that went into making it. Like Paul, when I bare my scars to my daughter and before others, giving them a behind the scenes view of how God, while disciplining me, loved me through my mistakes and never left my side, their faith is strengthened. Isaiah 53:5 says of Jesus, “But He was pierced for our transgressions, He was crushed for our iniquities; the punishment that brought us peace was on Him, and by His wounds we are healed.” ‭‭Isaiah‬ ‭53:5‬ ‭NIV‬‬. He has commissioned us to do the same.

May we love our children, others and ourselves enough to pull back the stage curtain and take down our velvet ropes to show who we really are and what Christ can really do.

Bible verses are taken from their respective translations.

“Guys Discuss Why They Don’t Talk About Their Emotions” by Candice Jalili – June 1, 2017
https://www.elitedaily.com/dating/men-emotions-open-up/1961562